I went to the supermarket yesterday. Strangely enough, not a single shop assistant wanted to talk to me about the provenance of my muesli, or milk, or even the organic* Brussels sprouts that I bought. Even at the checkout, I wasn’t told about the family history of the growers of the herbs that I bought. Compare this experience, however, with the previous day at my wine shop of choice where I had merely to linger in front of a bottle to set off a detailed account of the exciting new techniques employed by the daughter of a famous Burgundy family, who had set up her own winery, using bio-something ….., grown in soil that ….., with annual rainfall of …… Details here are sketchy, mainly because I had tuned out by this stage. What I really wanted to know was it a good value wine and was a typical of the style of the region (really just a proxy question for: will it taste good?)?

But wine is a special product, apparently. Aficionados turn their noses up at the thought that wine makers might actually cater to consumer preferences, whereas to do the same with FMCGs (Frankly Mediocre etc etc) means commercial death. We are encouraged to think about wine (and to some extent beers and cheeses) as artisanal products whose authenticity and provenance are key to the product experience (as well as being key to our own sense of good taste). Wines – at least for the serious drinker – are meant to be special, and hence how the vines are grown and cared for, the soil in which they are grown, and the techniques used to create the final product are relevant to the enjoyment of that product.

It is not really surprising that such an intense level of interest in the minutiae of wine production generates its own mythology. In addition, though, it has also plugged into the concerns of the day, in particular the desire for the special qualities of being ‘organic’. Organic certification officially relates to the amount of pesticide residues present in the soil or plant, but has recently come to mean all things to all people: healthy, safe, sustainable, ethical, holistic, eco-friendly, and most importantly perhaps, natural. All of which add up to a warm inner glow for the consumer. The question of whether organic produce is actually safer or healthier for us has not been settled (especially since the vast majority of toxins in plants are generated by the plants themselves). Nor has the key question of whether it tastes better [1]. It might, but this could merely be a by-product of the greater devotion of the organic grower, rather than lower pesticides per se.

Increasingly, wine producers and consumers both have become interested in the extras special qualities of wines made according to biodynamic principles. Sometimes referred to as “deep organics” biodynamic growers use organic principles but, in addition: “Biodynamic practitioners also recognize and strive to work in cooperation with the subtle influences of the wider cosmos on soil, plant and animal health” (https://www.biodynamics.com/what-is-biodynamics). In practice, this means growing according to the phases of the moon. Tasting wines, too, is meant to be optimised according to the same lunar principles. This might reflect nothing more than the harmless obsession of bearded men in corduroy trousers except for the fact that, as pointed out in a recent publication by Wendy Parr and colleagues in Plos One [2], large wine buying chains such as Tesco in the UK are now organising their wine tasting according to whether the day is good (Flower days; Fruit days) or bad (Leaf days; Root days) according to a lunar calendar. Which is fine but for the fact that the wines consumers will be buying is influenced by ….. what? Astrology? Mysticism?

Parr and colleagues set out to test the central biodynamic claim that the flavour of wines is influenced by the lunar cycle. This is no small task, and required the application of strict scientific protocols for assessing flavour of a range of Pinot Noir wines using wine experts, blind to the purpose of the study, to tasting carried out according to dates derived from the standard biodynamic calendar for wine drinkers. The wines themselves differed considerably across the range of sensory and quality attributes that the judges were asked to rate – evidence that the evaluation itself was successfully discriminating the subtle variations between the different Pinot Noirs. But what did not show a difference between wines was whether or not the wines were tasted on ‘good’ or ‘bad’ biodynamic days.

Wine lore is of course replete with claims about the sources of wine qualities. Mineral soils are said to give rise to mineral qualities or, more generally, wine flavour is a function of the “terroir” in which the grapes are grown. Such claims reinforce the romantic idea of the importance the wine’s provenance and as a consequence its authenticity and its connection to the soil and to nature. But they tend to ignore the fact the winemaker wants to produce a particular style of wine. Moreover, when tested scientifically, these ideas receive little support [3, 4].

But why does it matter if fairly implausible biodynamic claims are shown not to hold water (or wine)? As Parr at al. note, their study is an example of testing claims in the food and beverage industries that are based either on anecdote or “received wisdom”. We recognise that there is a world of alternative health remedies – homeopathy and aromatherapy, for example – that ought to be tested and it is usually not surprising when they fail scientific scrutiny. We don’t want medicine based on anecdote. It is perhaps less obvious that our foods and beverages are subject to the same unscientific claims, either for marketing purposes or to cater for consumer beliefs that have no basis in fact. Labelling a product as MSG-free or, more recently, gluten-free** is about accessing the consumer’s lack of knowledge about food ingredients while appealing to the idea that foods can be more natural. Perhaps this does no immediate harm, but muddled thinking is not the basis for evaluating dietary choices that have important potential health outcomes. 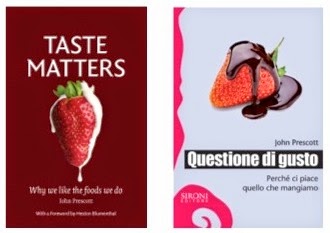 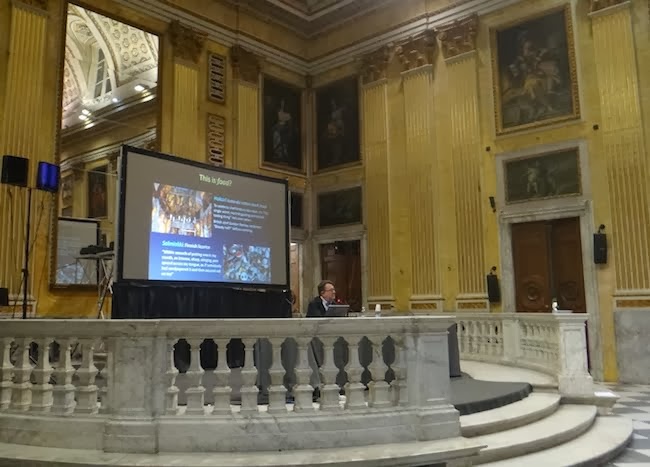